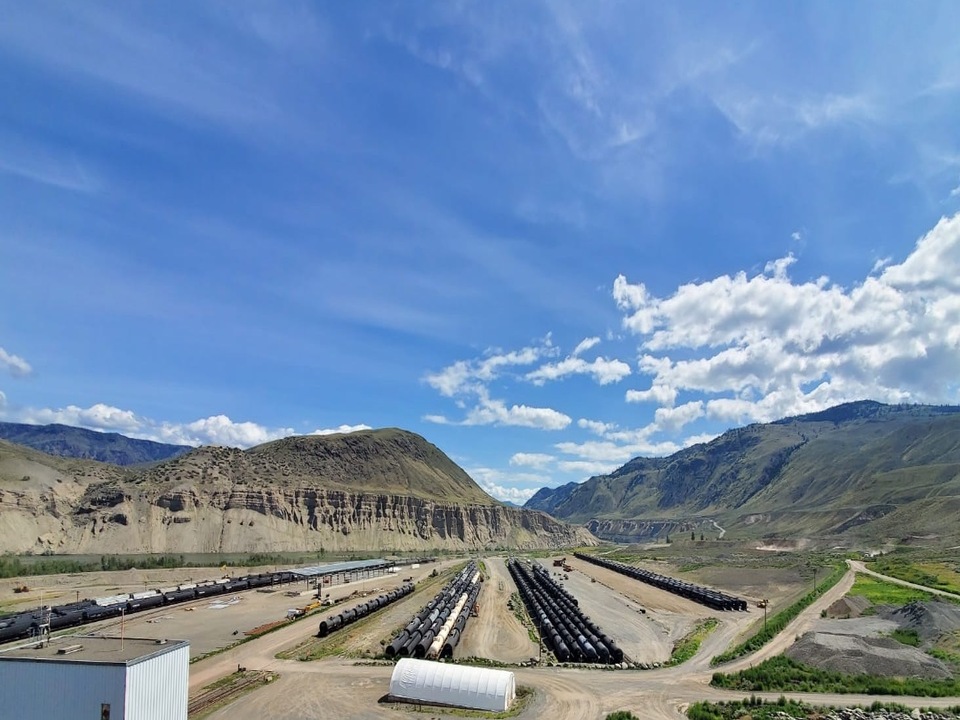 Published originally in Biv.com on July 31, 2018 by Timothy Renshaw

Ashcroft Terminal is a privately-owned 320-acre inland trans-load and storage terminal 340 kilometres east of Vancouver and 90 kilometres west of Kamloops.

Transportation congestion around Metro Vancouver continues to be a major issue for cargo and commuter movement. The Canada Transportation Act review report identified it as one of the main obstacles to economic growth over the next 20 years.

Ashcroft, which has been in operation since 1997, is the only inland port in Canada that has both Canadian Pacific Railway Ltd. (TSX:CP) and Canadian National Railway Co. (TSX:CNR) mainlines running through it.

PSA is one of the world’s biggest container port operators.

It’s involved in 40 terminals in 16 countries in Asia, Europe and the Americas.

By comparison, Dubai-based DP World [FRA:3DW], which operates Vancouver’s Centerm and Prince Rupert’s Fairview container terminals, operates 78 marine and inland terminals. It handled 70 million TEUs and generated profit of US$1.36 billion on revenue of US$4.7 billion in 2017.

Kleo Landucci, formerly Ashcroft’s managing director, has taken on the role of the company’s chief commercial officer and will oversee its sales and marketing.

She declined to provide details of the PSA deal but said Ashcroft, as a family-owned entrepreneurial group, had been aware for several years that in order for the company to achieve its growth potential and vision “we needed a globally focused partner.” PSA, she said, “has the expertise to understand how to develop international ports at a whole new level, so we are pretty excited about that.”

Ashcroft recently announced a $28 million upgrade of its facilities. The federal government’s National Trade Corridors Fund will provide a grant of up to $9.2 million for the project.

Kleo Landucci said the upgrade, which will generate 250 jobs and is scheduled to be completed by August 2021, will significantly expand Ashcroft’s capacity.

She added that PSA’s commitment to take a majority interest in Ashcroft underscored the upside the multi-national company sees in inland port terminals, especially in Canada, which has lagged behind other regions in their development.

“The key is to do whatever you can do inland for efficiency and cost effectiveness to make your marine ports more efficient,” Landucci said. “So you can really do the more inefficient work inland and increase throughput on your marine terminals – make your marine ports as efficient as possible on the more constrained footprint that they have. And that’s really what the job of an inland port is as part of the supply chain ecosystem, and through [the July 31] announcement, PSA is really validating the importance of that.”

The Ashcroft acquisition is PSA’s first foray into Canada, Tan Chong Meng, the company’s group CEO, said in a press release. “[It] offers us an entry point into the hinterland supply chain for the North American market, as well as an opportunity to increase our capabilities in intermodal and inland container depot operations.”

Added Landucci: “We happen to have a very strategic location, and we are looking forward to maximizing our capacity with our new partners.… Having a global impact is what we’re after.”