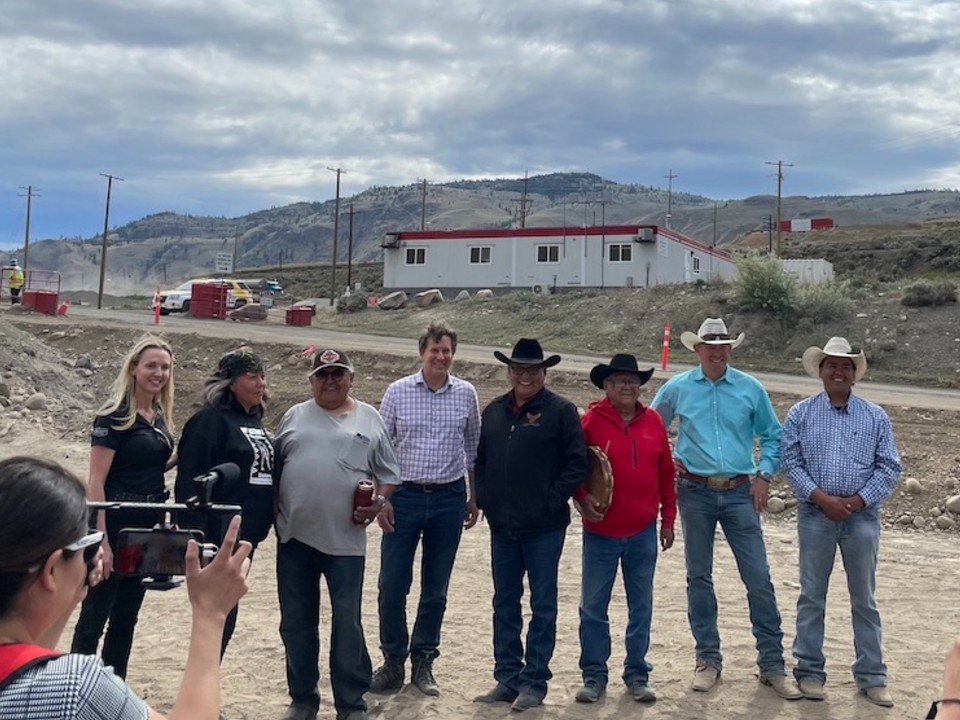 Originally published on ashcroftcachecreekjournal.com on June 4, 2021

The Bonaparte Indian Band is feeling relieved after ancestral remains unearthed at the Ashcroft Terminal site last fall were returned to their original burial place this week.

“We went from a storm cloud to a sunny day,” Chief Frank Antoine said Friday afternoon, following several days of emotional discussion with terminal personnel over what to do with the remains, estimated to be thousands of years old.

The remains of a Bonaparte ancestor were dug up at the terminal in November, with six others also discovered in the area but left in place. Dr. Verna Billy Minnabarriet, a Bonaparte councillor, said there had been months of discussions between the band and terminal officials since the discovery of remains – which had been stored in a cedar box in the site office, something she described as “inappropriate.”

Members of the band visited the terminal office Wednesday demanding to see the remains. Pipe carrier Marilyn Porter also attended to commence a pipe ceremony which, according to Minnabarriet, she was required by tradition to continue until a resolution was found.

“That put a lot of pressure on the community and the terminal to find a resolution,” she said.

After several hours of discussions Thursday afternoon, the terminal agreed to return the remains to the burial site where they were found.

“Last night at about six, we had a contingent of community members, elders and the terminal personnel, they went down and reburied the ancient one,” Minnabarriet said. “As a result of that, Marilyn was able to leave her altar, pack up and come home.”

On Friday, community members took part in a unity ride on horseback to the terminal, where they said their last prayers to honour their ancestor.

“We feel that we have made some milestones with the Ashcroft Terminal and their personnel who are quite open to working with us and problem solving,” Minnabarriet said. “We feel really good about being able to reunite the ancient one with his burial space.”

Kleo Landucci, Ashcroft Terminal’s chief commercial and corporate affairs officer, said the two days she and her team spent with the Bonaparte band members was “life changing,” and that she is looking forward to a stronger relationship with the band moving forward.

“It’s been an incredibly powerful time working with the Bonaparte, we made so much progress,” Landucci said, noting there were many emotional stories shared by elders. “This was a really important time for our relationship.”

Minnabarriet agreed that the resolution was a positive step forward for the relationship between the band and the terminal.

Although the band still has some concerns about the archaeological permit process, they are grateful that the terminal officials were willing to return the ancestral remains.

“We really appreciate the terminal doing the best they could at this point and doing it rather quickly,” Minnabarriet said. “It really does open the doors for collaboration.”